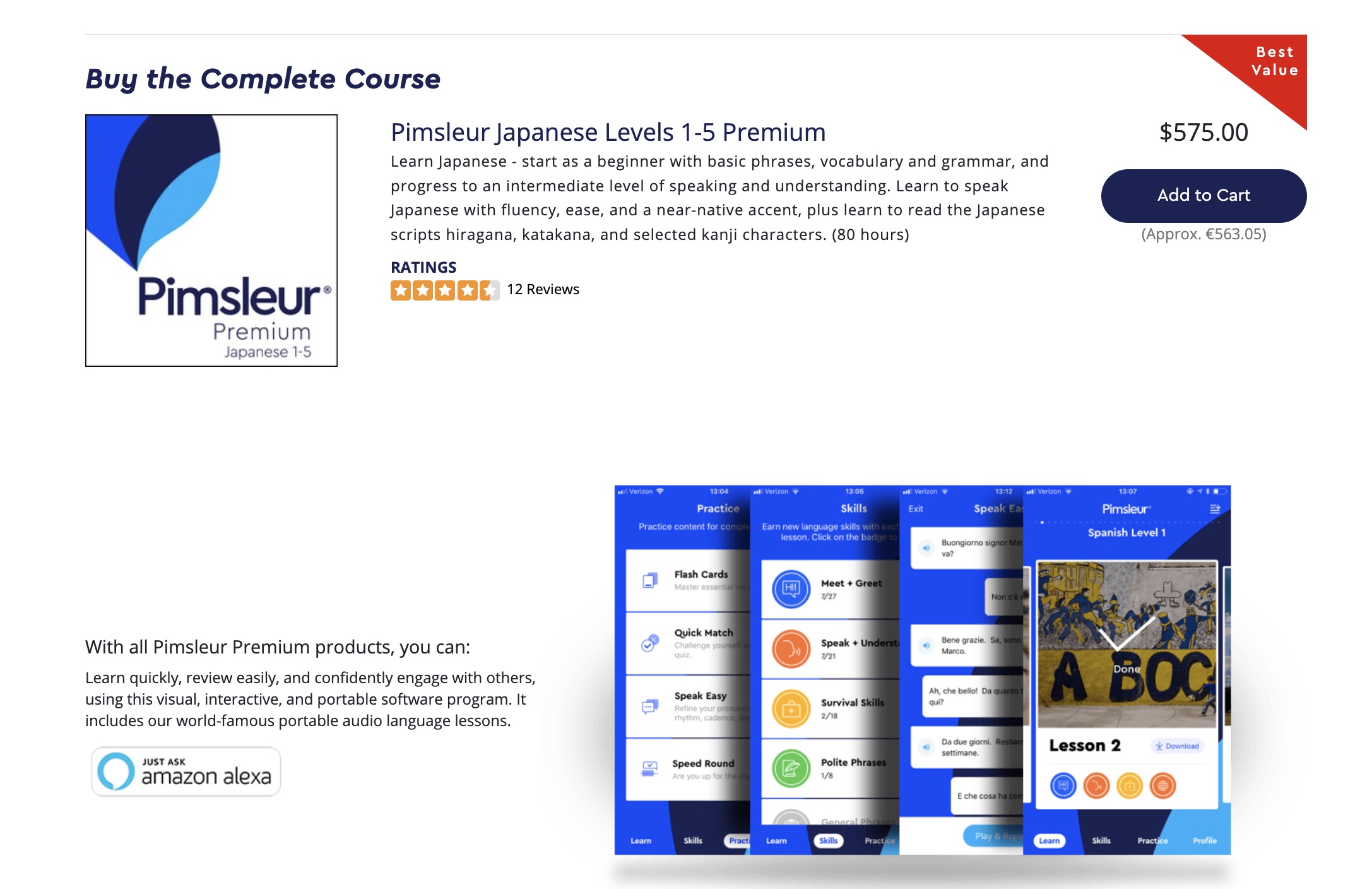 Whether Pimsleur is good for you to learn Japanese or not depends on your level. Pimsleur is great for beginner and intermediate learners of Japanese but doesn’t offer much for advanced learners.

In this article, we go over Pimsleur’s offer for Japanese, the Pimsleur method, and what you can expect to learn depending on your proficiency level.

What Pimsleur offers for Japanese

Pimsleur’s Japanese program assumes you have no prior knowledge of the language. The goal of the program is to get you conversational in Japanese as quickly as possible.

What is the Pimsleur Method, and how does it work for Japanese?

Pimsleur uses what’s called the “Pimsleur Method”, named after the linguist Paul Pimsleur. He believed that the best way to learn a new language was through memory, and that the job of learning a language was about introducing words and principles to your memory.

Learning a language is then about how fast you can go from hearing a new word to taking it to your short-term memory and then your long-term memory.

Pimsleur (the app) also incorporates what’s called the “Principle of Anticipation”, which basically means that each new piece of information is presented just before you need to use it. So, for example, you might learn a new word, and then immediately be asked to use it in a sentence. This helps to cement the new information in your memory.

Finally, Pimsleur employs the “Core Vocabulary Method”. Instead of trying to learn every word in a language, the app focuses on just the words that are most commonly used. This means that you’re more likely to actually use the words you learn, and less likely to forget them.

All of these methods are present in Pimsleur’s Japanese courses: memory-oriented learning, the principle of anticipation, and the core vocabulary method.

Is Pimsleur good for beginners in Japanese?

The first three levels of the Pimsleur Japanese course are designed for beginners.

Pimsleur Japanese level 1 has 16 hours where you learn:

The second beginner level (level 2) will teach you:

Is Pimsleur good for intermediate learners in Japanese?

The last two Pimsleur levels are designed with intermediate learners in mind.

Pimsleur level 5 in Japanese focuses on:

Is Pimsleur good for advanced learners in Japanese?

Unfortunately, Pimsleur is only designed to take you to an intermediate level in Japanese. They don’t offer much for advanced learners.